When you're born in June, you're lucky, because you have more than one birthstone representing, so you can have the luxury of a favourite! June's birthstones include soft, pale pearls, smoky and mysterious moonstones or the rare and luminous alexandrite. The latter is extremely rare, but pearls and moonstones are perfect for those of you shopping for a gift of fine birthstone jewellery that's elevated and personalized. 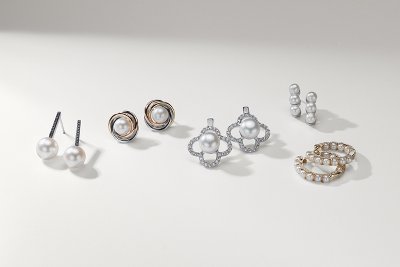 These shimmery stones are created by a concentric layering of nacre, or mother of pearl, the irridescent material that forms a smooth shell around whatever kernel is inside the mollusc. The most sought-after pearls have a beautiful, natural, creamy sheen and cast subtle, muted hues. Pearls can become a range of colours, including yellow, green, purple, black, blue, pink, silver, cream, and grey, but when it comes to quality and value, it is their lustre and smoothness that determines their grade.

They are the classic versatile jewellery, an accessory for royalty and first ladies, including Princess Di, Jacqueline Kennedy and Michelle Obama, and high society gals such as Marilyn Monroe, Audrey Hepburn and Rihanna.

Because round natural pearls are rare, hard to find and expensive, freshwater pearls are an accessible and beautiful alternative that offers all the lustre you want—the most important aspect of pearls. Learn more about pearls in our Pearl Education Guide.

So, if you have a birthday in June or are looking for the perfect gift for a June baby, check out our collection of pearl jewellery. A necklace, a pair of earrings, or a bracelet will be appreciated for creating an elegant classic look during any month of the year! 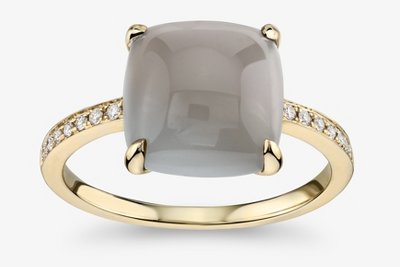 The moonstone got its name from the ancient Romans, who viewed the bluish-silver diffractions that shimmered under light as solidified rays of the Moon. The gem came back into vogue among the jewellers of the Art Nouveau age for its smoky glow—a quality called adularescence, which is caused by light scattering within the mineral's layers—moonstone was also popular during the drug-hazy 60s and 70s for the mysterious otherworldliness that the gem imparted.

The shimmering quality in the feldspar is the result of varying thicknesses of layers within the mineral: thin layers cast blue and thick layers are opaque and white, but a whole range is possible, including yellow, grey, green, blue, peach and pink. The most sought after are from Sri Lanka, which are transparent with a blue sheen and quite rare.

If you're looking for a special birthday gift for that June girl, she'll love the soft inner glow that shines from our petite white moonstone pendant, and if you want to seek out birthstone-related gifts for everyone, learn more in our Birthstone Jewellery Guide.

How to Layer Necklaces: 7 Tips for Mastering the Look
How to Pick an Engagement Ring for Her