October may bring a particular palette to mind, but if this is your birthday month you get to choose from a kaleidoscopic of birthstone gems. Both opal and tourmaline offer up a rainbow of colours and options. So, if you’re born in October, consider yourself lucky—the colour wheel is your oyster when it comes to an heirloom pick.

Opal is traditionally considered October’s birthstone—as well as a 14th wedding anniversary gift. Exhibiting colours in a variety of ways, opal diffracts light, allowing all the colours of the spectrum to magically shine through.

The name "opal" is from the Greek word opallios, which means "to see a change in colour.” Opals were prized among many ancient civilizations for providing protection from disease, and as gifts of prophesy and good luck. Aboriginal Australians believe their Creator visited our planet on a rainbow and, wherever he walked, he left opals in his path. There’s strong evidence for the lore since their island contains the world’s most abundant supply of opals.

Though opals have been highly prized since ancient times their trademark colour-play was only recently explained in the 1960s. Scientists discovered that opals are made of orderly and stacked submicroscopic silica spheres that diffract light. The size of the spheres and their pattern determines an opal's intensity, flash and colour. 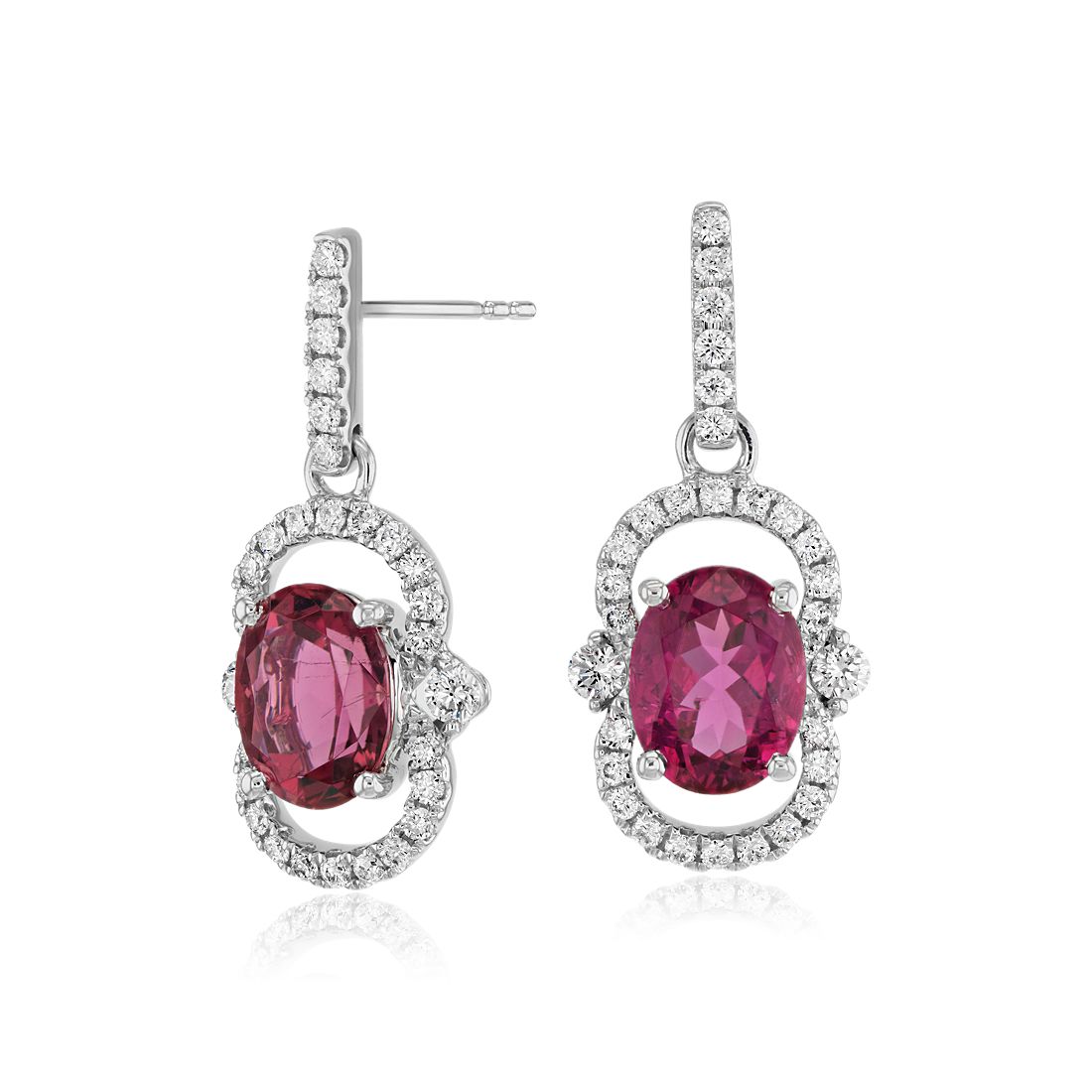 October babies get another colourful choice when it comes to their birthstone. While opals hold the throne for showing a rainbow of hues in one gemstone, tourmaline offers up just as many colour options from stone to stone.

No other gemstone boasts a greater range of natural colours than tourmaline. And, in fact, this name isn't one gem but a family of more than 30 varied borosilicate crystals with different compositions, properties and trace elements that render distinct colours. With brilliant coloration and clarity, they’re often mistaken for other gemstones—even the Russian crown jewels “rubies” are now believed to be rubellite, or red tourmaline.

Tourmaline colours range from red, yellow and blue to brown and black. Occasionally, more than one hue presents. The aptly named "watermelon tourmaline" boasts a brilliant green exterior that dramatically transitions to a pink centre.

Pink tourmaline is associated with kindness, comfort, safety and relaxation, making it a prime choice for October birthdays or celebrating an 8th wedding anniversary. But with its storied properties and boundless colour options, tourmaline jewellery makes the perfect gift for anyone.

With this full spectrum offering, it’s no surprise the name tourmaline derives from the Sri Lankan tura mali, meaning "stone of mixed colours." Egyptian legend touted that tourmaline received its colours as it passed through a rainbow on its way through the Earth's core. Ancient magicians used “schorl”, an iron-rich black tourmaline, to ward off evil forces and negative energy. A stalwart protector against evil, toxins and negativity, mystics still use tourmaline to spiritually clear the air.

Enchanted by these simply magical gems? Find your fiery favourite or shade you fancy and share it #bluenilesparkle.