Put your own unique spin on these proposal ideas

So, you’re ready to take the next step and pop the question—but you’re not quite sure how to go about it. The good news is that there’s no wrong way if you follow your heart and let your imagination and love guide you in the right direction. Our modern proposal ideas include everything from twists on classic traditions to unexpected places to pop the question.

Marriage Proposal Ideas with an Audience

The growing number of public proposal videos on YouTube is a testament to a trend, and often the chosen venues reflect a place (or a crowd) that holds special meaning for couples, from baseball stadiums and concert halls to train stations and movie theaters. Modern proposals today often include making special arrangements with property managers so you can enlist the help of a crowd or include a carefully choreographed performance.

You have to admit, this flash-mob proposal in Times Square is pretty adorable, especially with the boyfriend busting out his dance moves in the midst of the performance.

The idea of hiring an artist to create a wall mural is one of the most creative marriage proposals we’ve seen. That said, seek out areas that are approved for painting since defacing public property is illegal. Many cities do have sanctioned spots for spontaneous works of art.

Stage a Concert in the Park

It’s a beautiful spring evening and you and your girlfriend are enjoying a lovely picnic in the park. Suddenly an ensemble of musicians appears dressed in formal attire, playing an arrangement of your favorite song. At first, your partner thinks it’s just a coincidence, but then she notices that you’re on bended knee and holding a sparkling ring. Whoa.

Ask the Bus Driver to Make a Special Announcement

Whether it’s an everyday commuter bus where only you and the bus driver are in on the plan or a tour bus where you’ve gone to great lengths to stage a creative proposal with friends and family at one of the stops, this idea is truly poetry in motion.

Display Your Proposal at an Art Gallery

This modern proposal idea is a great one for art lovers. Invite him to the opening of a new show at a gallery you both enjoy. Since it’s an opening, it won’t seem unusual when he sees a table arranged with champagne flutes and festive flowers. The big surprise is when you tour the gallery to take in the art and he sees your proposal hanging on the wall. 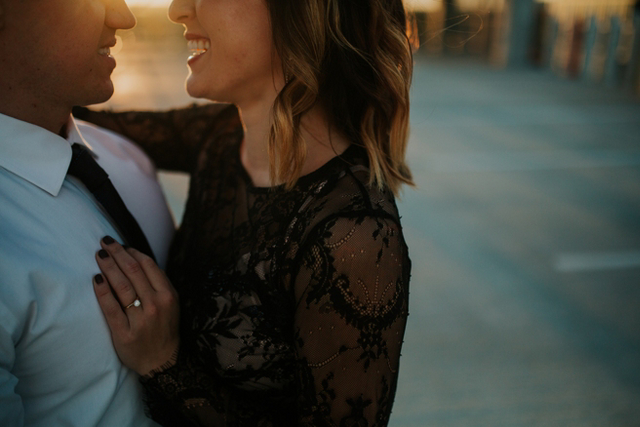 Many people are getting married for the second time and want to include their children when making proposals. There are many wonderful ways to do this, including having the kids help you decorate a space or staging a nighttime proposal-photo using light writing with sparklers. 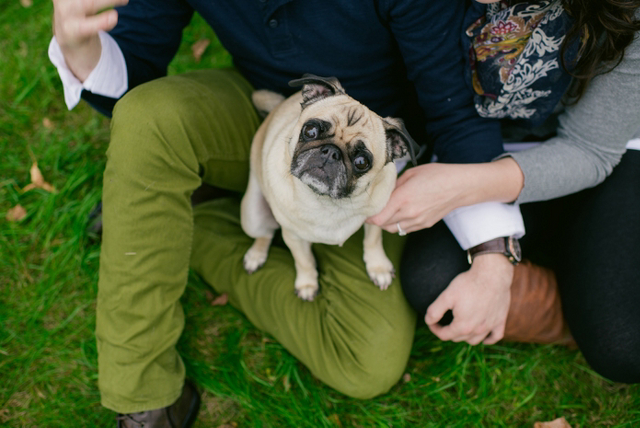 Have Your Pet Help

The scenario here depends on your pet’s ability to perform tricks and play along. Your proposal could be as simple as tying the ring box to your dog’s collar, or a more elaborate routine that ends with your pet delivering a gorgeous ring.

Make your Pitch at a Stadium

You don’t need to be Kanye to afford a proposal in a major league baseball stadium. Costs vary depending on whether you want to display a message on the scoreboard or to propose live on the video board, but at many stadiums it’s a reasonable fee. If you want to throw in a mascot interaction, or a bouquet of flowers, check to see what your local stadium can do.

Do you and your partner enjoy karaoke? How amazing would it be if you took the stage, cued up the perfect engagement song and held up hand-painted signs as you belt out a love tune. A few of our suggestions include “Marry Me” by Train, Adele’s “Make You Feel My Love,” “Just Say Yes,” by Snow Patrol and song-of-the-moment: “Marry You” by Bruno Mars.

If your relationship thrives with time in the garden and you both enjoy plants and being outside, contact the manager or owner of your favorite garden, private or public, and arrange to plant a proposal sign in a special area surrounded by beautiful flowering trees. Imagine your partner’s surprise when you just happen to stroll by.