Amethyst is quartz crystal. Quartz is the most abundant mineral in the Earth’s crust, hence the semi-precious status. You can find the gemstone’s long, prismatic crystals plentifully in geodes and caves. Though it naturally occurs in many shades, the sought-after deep purple hue comes from natural irradiation and iron impurities. Amethyst’s unique structure also causes a banding effect, which reveals varying layers of light and dark colour. 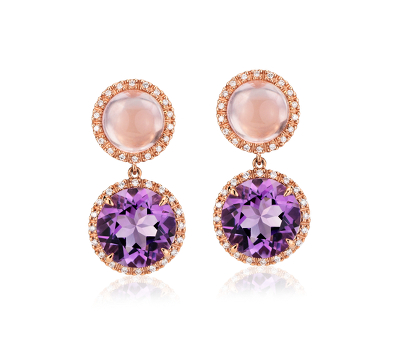 Russia was the main source of amethyst until the 1800s. Catherine the Great sent thousands into the Ural Mountains to mine for her prized gemstone which her artisans crafted into hundreds of necklaces, earrings and other jewellery and ornaments. Before then, medieval Catholic clergy prized it as a symbol of piety and celibacy. After the turn of the 19th century, large deposits were discovered in Brazil and its noble rarity diminished. Today, it’s mined everywhere from Africa to South and North America. 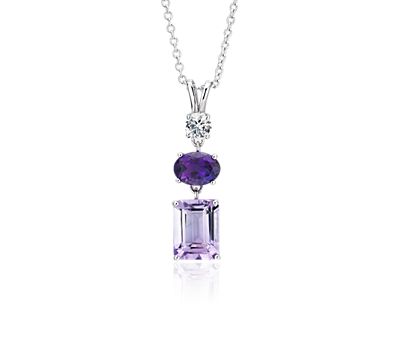 How to Care for Amethyst Jewellery

Amethyst rates a 7 on the Mohs hardness scale, which makes it a great candidate for jewellery, but over time it may require some polishing with a soft brush and mild soap to maintain its shine.