Read on for Shelby and John’s story.

The Proposal: My fiancé, John, is an infantry officer in the army. At the time, he was going through a course called IBOLC. He invited my family and grandparents down to Fort Benning for his graduation ceremony. After the graduation ceremony, the family guided me outside for pictures with John to celebrate him. Little did I know that he had been planning our proposal for weeks. He bought nine roses for each of his buddies to give to me. (They all were in on his plan.) I was waiting for John outside and was wondering where he was. When I turned to my left, I saw one of his friends with a rose and then I noticed a whole line of them. They each walked by me handing me a rose. Once the line ended, I heard John say my name. I turned around and he was on one knee and he asked me to marry him in front of all our friends and family 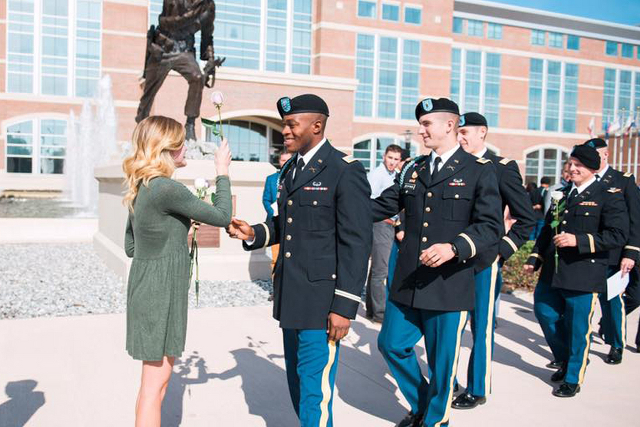 The Ring: We had been looking at rings online and Blue Nile's website had such a beautiful presentation of their diamonds and it was easy to navigate through the website. You could easily pick the perfect diamond. I wanted a round diamond with a white gold band, but he was the one who picked it out. 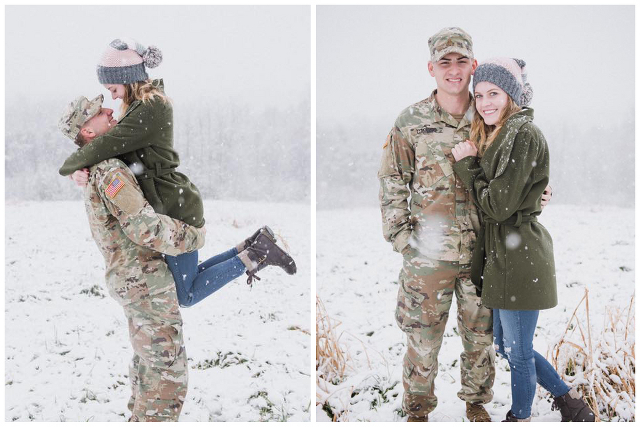 The Wedding: Since we are a military couple, we haven't been able to set an exact date due to military training, but we have roughly set a time for the spring. We plan to be married in a church sometime in April.