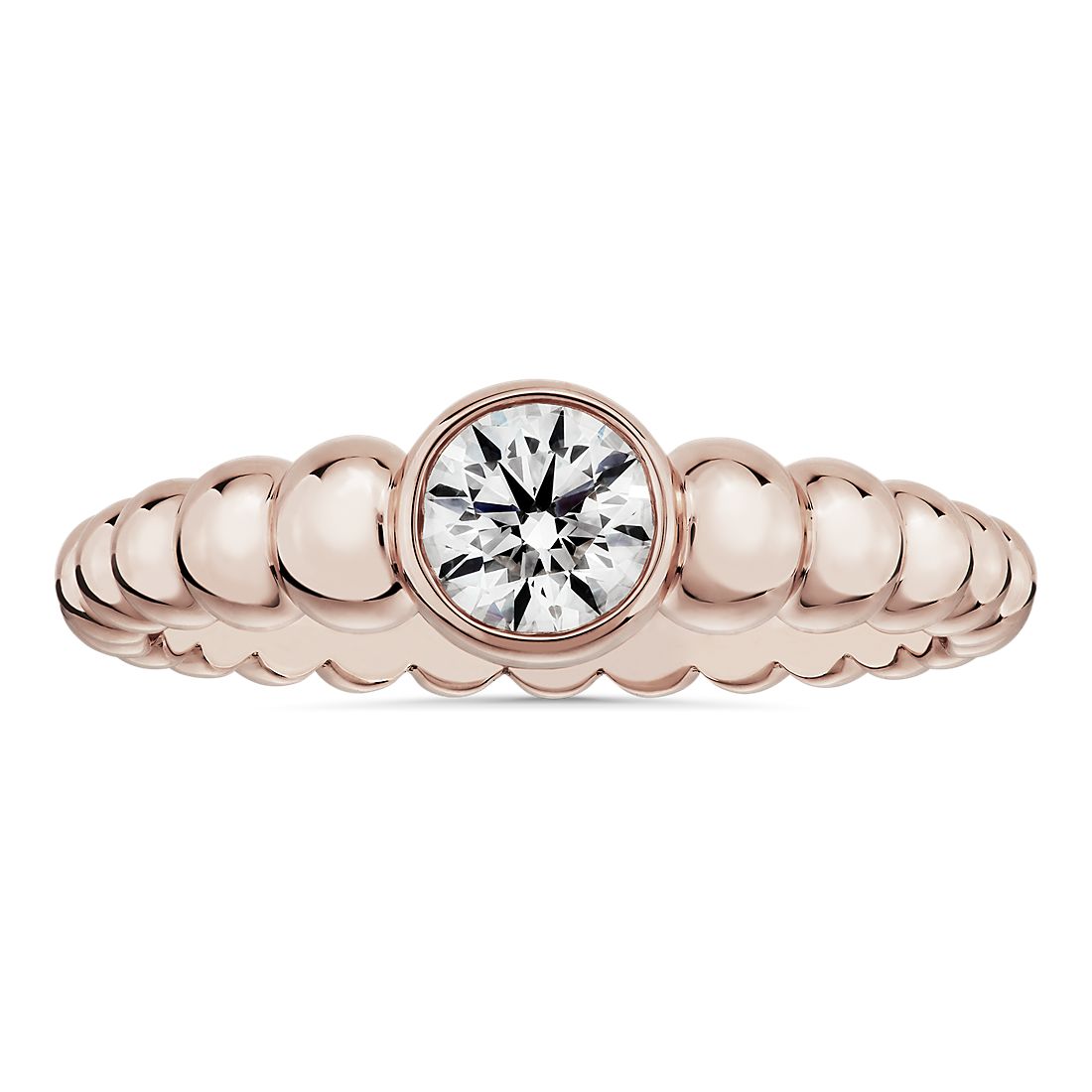 Unfortunately we no longer carry this product.

Quiet luxury defines the distinctly romantic sensibility of this 18k rose gold engagement ring as a warm, blushing glow imparts lasting beauty across its surface. Graduated ascending beads form this ring's silhouette, meeting at a round centre diamond that reflects its brilliant light onto the band. The design is a beautiful display of symmetry and repetition. Each ring is unique and may vary slightly in appearance from what is pictured. We are unable to resize this style.

The item you've selected is exceptional and deserves special attention. Please phone a diamond and jewellery expert and they will help you complete your order.

Please turn on your cookies to add this item to your basket.

Designer Lola Oladunjoye came to fine jewellery design as a second career, having spent 18 years practicing intellectual property law in California's Silicon Valley. Deciding it was time to let her creative side flourish she took night classes and discovered her love of metalworking and the joy of making pieces by hand. This discovery led to the formation of her artisanal, small-batch fine jewellery company, Lola Fenhirst, in 2015. Today, the designer is known for jewellery that is deceptively simple yet intricately formed. Her pared-down aesthetic is visible in her beaded bands and rings featuring a web of gold filaments crafted for lasting beauty.

"As a person of Nigerian descent, one of the most gratifying aspects of being involved with this project is being able to shine a light on the economic liberation story of the De Beers Group partnership with Botswana."