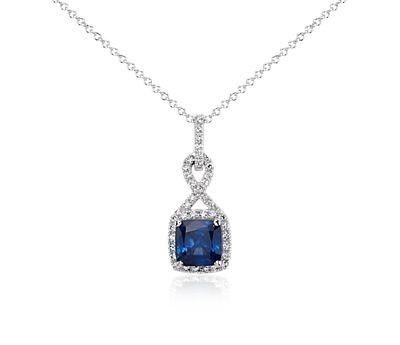 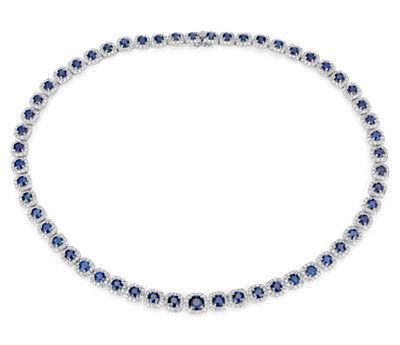 Sapphire and Diamond Halo Eternity Necklace
Not Available In France 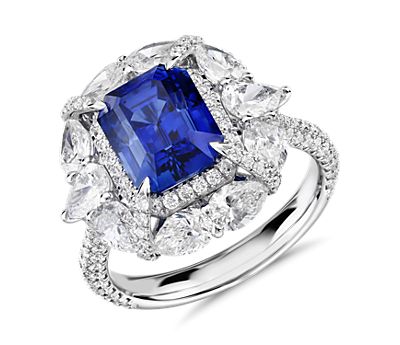 Ceylon (Sri Lanka’s colonial name) sapphires are among the most prized in the world for their colour, clarity and insane carats. The three largest sapphires in the world all hail from here. One famous flawless stone, the Rockefeller Sapphire, weighs in at an unprecedented 422.99 carats. Added to that, the egg-sized silhouette is surrounded by 20 diamonds totalling another 16 carats. Even larger is The Blue Giant of the Orient. This immense 486.52 carat creation mysteriously disappeared for almost a century, resurfacing just a few years ago at a Christie’s auction. A private buyer paid $1 million for the piece and it once again vanished from public view. In 2015, Sri Lanka offered up the top record-holder; a 1404 carat star sapphire valued at $300 million.

Feeling blue? See all of our sapphire jewellery to find the perfect addition to your jewellery box. Tag your pics with #bluenilesparkle to make your new piece Instagram famous.